NFL fans breathed a collective sigh of relief this week with the news Damar Hamlin has regained consciousness and is expected to make a full recovery. The Buffalo Bills safety collapsed on the field in one the NFL’s scariest prime time moments in decades, resulting in the Jan. 2 game to be postponed indefinitely.

The serious and life-threatening, as well as unprecedented nature of the incident, delayed the game for close to an hour before an official decision was made to end the match. Sports fans across the country have been invested in the developments, medical prognosis, and recovery of Damar, and some have even asked about possible legal ramifications that could result from the ordeal.

When assessing the legal consequences of an injury that has occurred to a professional athlete, one should separate the scenarios into two categories: in competition and out of competition. When an athlete suffers an injury that occurs in competition, it must be assessed whether the injury occurred out of the scope of the sport in which the athlete is competing. If the injury occurs in a manner that is considered outside of the scope of the sport, then the athlete who caused the injury could be potentially liable. Similarly, when an athlete suffers an injury out of competition but involved in team activities, the activity where the injury occurred must be assessed. The examples used today reference medical staffs accused of negligence when it comes to attending to the players.

In the first quarter of the Jan. 2 “Monday Night Football” matchup between the Buffalo Bills and Cincinnati Bengals, Damar Hamlin, 24, tackled Bengals wide receiver Tee Higgins. It was a routine hit. No penalties flags were thrown, no unnecessary roughness or anything excessive or flagrant on the play. It was a textbook tackle that we are accustomed to seeing dozens of times a game.

After standing up from the tackle, Hamlin took two steps before collapsing back onto the field. Hamlin went into cardiac arrest and was administered CPR on the field. The quick intervention revived his heartbeat, and he was taken to the University of Cincinnati Medical Center in critical condition.

The exact cause of Hamlin’s heart stopping remains unclear. However, many medical experts have posited it could be commotio cordis. A rare, but not unheard of, injury caused by blunt force to the chest directly over the heart. When hit at a very specific window in the cardiac cycle (approx. 20 milliseconds), the impacted player can experience life-threatening arrhythmia or cardiac arrest.

As alluded to above, the incidence of commotio cordis is inordinately rare, occurring only a handful of times per year across the country. In the case of Hamlin, this cannot be attributed to negligence, malice, or preventable actions, but rather a perfect confluence of factors that aligned in a terrifying injury.

When a professional sports player takes the field, they are afforded certain rights. Sports leagues and their respective governing bodies are required to provide adequate safety, and do everything they can, within reason, to ensure player safety is paramount. Outside of that, a player assumes the risk of injury that may accompany their sport in competition.

In Damar Hamlin’s case, his injuries, although severe, are within the norms of the NFL. From the information we currently have available, there is nothing the Buffalo Bills organization or the NFL could have reasonably done to mitigate the events on Jan. 2.

In Competition VS Preparation

When can a player hold another party liable for an injury sustained within the realm of professional sports?

There have been cases where lawsuits have been filed on behalf of a player against other players, teams, or medical professionals. In these incidents, the player must demonstrate they were subjected to injury, negligence, or malpractice outside of the reasonable scope of risk associated with their sport. Here are few notable cases.

In 2000, a Canadian Court found Marty McSorley of the Boston Bruins guilty of assault with a deadly weapon for his actions against Canucks defender Donald Brashear. With under 5 seconds left in regulation, McSorley hit Brashear in the head with his stick. The strike to the head caused Brashear to fall to the ice and lose consciousness, suffering a Grade III concussion and memory loss. McSorley’s hit was ruled “particularly brutal.”

McSorley’s attorney argued that his client could not be found guilty of assault, because of the “explicit consent” NHL players give to the risk of on-ice contact. After all, ‘slashing’, using a hockey stick to hit opposing players, is one of the most common penalties in hockey. When given the facts surrounding the case, the judge presiding over McSorley’s trial stated, “He had an impulse to strike him in the head, [and] Brashear was struck as intended.”

Yes, hockey is a physical game with players frequently being penalized for illegal hits and infractions, but the intent of McSorley and the inability of Brashear to reasonably protect himself places McSorley’s actions outside of the acceptable risk within the NHL.

When we compare McSorley’s hit to the collision of Damar Hamlin and Bengals receiver Tee Higgins, they are of an unequivocally different nature. Hamlin’s and Higgins performance was within what the NFL constitutes as legal play. Higgins did not violate any rules stipulated by the National Football League; thus, Higgins cannot be held responsible for anything outside of the norms of the NFL. Had Higgins deliberately made helmet to helmet contact, or made a late hit after the whistle was blown then we would have a potentially different case to evaluate.

Coming off an exceptional performance in the 2000 season, Korey Stringer proved to be one of the NFL’s best offensive linemen. When he arrived for the 2001 season’s summer training camp he was in perfect health. There were no preexisting medical conditions or concerns regarding Stringer’s physical constitution. The ensuing bout of exertional heatstroke that would claim his life was nothing more than folly on behalf of the Minnesota Vikings coaching staff.

The climate and heat index in Minnesota at the start of training camp would be difficult to endure for any athlete, regardless of their fitness. Intense and prolonged physical activity in the heat and humidity is grueling, easily leading to dehydration and fatigue. Stringer, a fierce competitor, fought through the stifling heat and oppressive conditions to remain on the field for the duration of practice sessions. In addition to the physical dangers, coaches need to be aware of the psychological burdens athletes may place upon themselves. Coaches and training staff need to intervene on an athlete’s behalf and remove them from a dangerous environment.

Vikings’ practices continued through the harsh conditions. Several players would suffer heat illness. On July 31st, Stringer collapsed on his back after showing signs of distress throughout the day. Two athletic trainers would be called over to help with Stringer. Neither was familiar with exertional heatstroke or how to treat it. About an hour later Stringer went unresponsive, his internal temperature reaching 108.8 degrees and multiple organs beginning to fail.

Korey Stringer’s sudden death at training camp was a tragic and unnecessary event. In the civil lawsuits that would follow his death, it was revealed neither the Viking’s training staff, nor the NFL was knowledgeable about exertional heatstroke or how to treat it. Although field of sports medicine was largely unfamiliar with heatstroke, other areas of medicine were not. For example, military doctors were well trained in treating soldiers who experienced heatstroke.

Had the NFL taken basic steps to ensure team doctors were equipped with the skills to treat heatstroke, Korey Stringer would not have lost his life. In Damar Hamlin’s case, the swift response in administering CPR saved his life and improved his prognosis in making a favorable recovery. The Buffalo Bills training staff was prepared to address and respond to on-field sports related injuries, even something as uncommon as commotio cordis. The inability to identify exertional heatstroke and appropriately take action was a clear case of negligence.

Prior to taking the field in a Sep. 20, 2020 matchup against Kansas City Chiefs, Chargers Quarterback Tyrod Taylor suffered a punctured lung when he was administered an injection of pain killers for fractured ribs. The result of the botched injection would lead to Taylor being sidelined for the remainder of the season. Charger’s doctor David Gazzaniga would later be sued for medical battery.

The consequences of Gazzaniga actions would be significant for Taylor. He would lose his starting jobs, his incentives, and he would lose leverage in bargaining for a contract in free agency in 2021.Taylor’s past and future loss of earnings were incalculable but easily in the millions.

Taylor’s lawyers would argue that Tyrod “did not have proper and accurate informed consent prior to the anesthetic injections.” The lawsuit accused Gazzaniga of medical battery, and for being the responsible party for the ramifications that would befall Taylor.

It is alleged the Charger’s coaching and medical staff was negligent in this case. In preparation for a game, medical staff is tasked with providing medical care to players, not maim a healthy organ. There are risks of injury when putting on pads and stepping on the gridiron, but the consent to risk of playing in the NFL does not absolve medical personnel from puncturing a lung.

Again, we can see the clear difference between the incident involving Taylor and the care that was administered to Hamlin on the field. Taylor’s punctured lung was the result of a medical procedure gone awry in preparation for a game. Hamlin’s injuries were sustained from legal play.

When comparing the Damar Hamlin situation with the other examples discussed in this article, it is very unlikely that there will be any legal consequences that will arise from the January 2, 2023, Monday Night Football game. The injury Damar Hamlin sustained during competitive play illustrates a good example of in competition injury vs potential negligence, malpractice, or assault outside of the scope of the sport. Legal action can be, and has been, taken in the world of professional sports. Because athletes are competing in physical competition, often with contact, each injury must be assessed on a per case basis.

We wish Damar Hamlin a full and successful recovery and hope to see him competing back on the field in the near future.

I Slipped and Fell on Snow/Ice, Now What?

It can happen quickly and without warning. You’re on your… 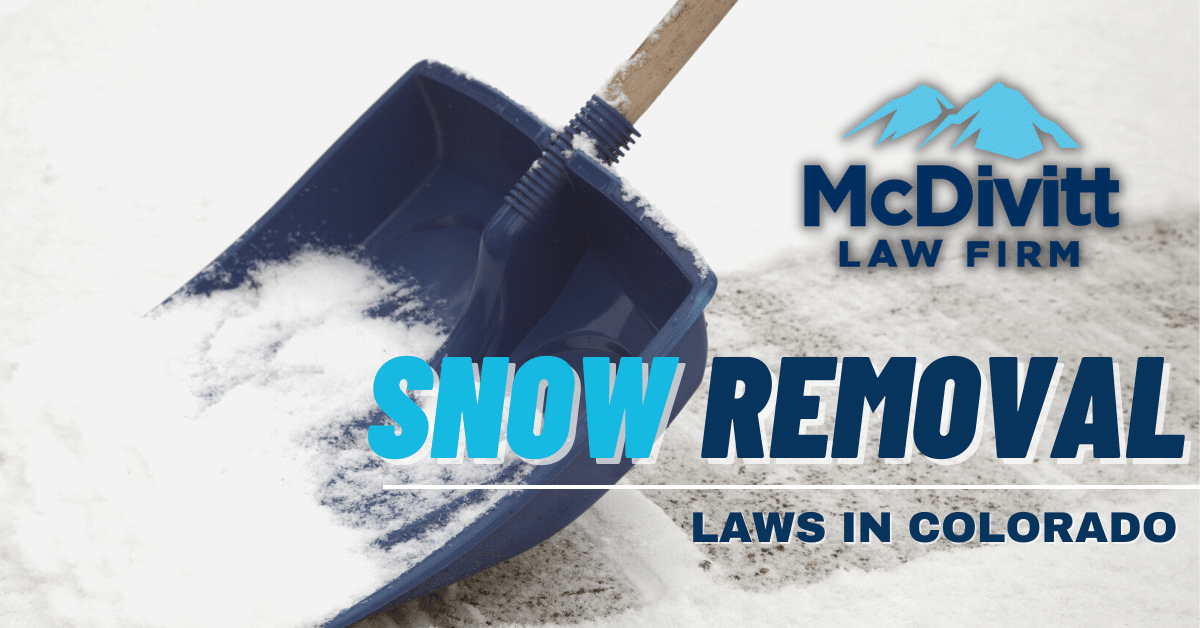 There is always hope for a white Christmas. A thin…

The decision to place a loved one in a Nursing…